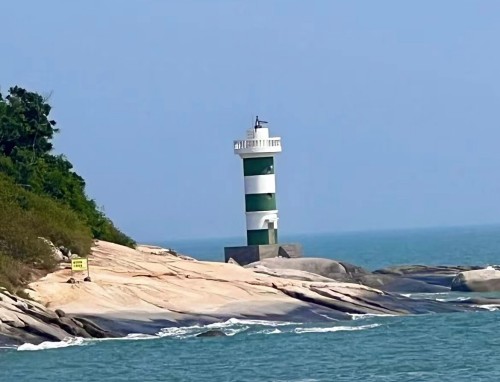 halloween is an autumn holiday that americans celebrate every year. it means "holy evening," and it comes every october 31, the evening before all saints‘ day. however, it is not really a church holiday, it is a holiday for children mainly.

every autumn, when the vegetables are ready to eat, children pick large orange pumpkins. then they cut faces in the pumpkins and put a burning candle inside. it looks as if there were a person looking out of the pumpkin! these lights are called jack-o‘-lanterns, which means "jack of the lantern".

the children also put on strange masks and frightening costumes every halloween. some children paint their faces to look like monsters. then they carry boxes or bags from house to house. every time they come to a new house, they say,"trick or treat! money or eat!" the grown-ups put treat-money or candy in their bags.

not only children, but most grown-ups also love halloween and halloween parties because on this day,they can disguise themselves as personages or ghost as their imaginations will lead them. this bring them the satisfaction of being young.

Halloween arrived, after a time, when I was a child, very funny, so I'm looking forward to the arrival of Halloween.

It's Halloween, I have an appointment with a few good friends, dressed in their respective "spirits" go to someone's home to sugar, at first we took the first plan; First to a "ghost frighten ghost", the "ghost" has seven or eight of us, we will pick some little ghost team to humiliate them, making, see we scare a again, we first sent the vampire looking for targets, found after he rushed up to scare them, we will also strengthen our own team, at the same time, until we can even have a "big team" ghost "bully" under our "brutal killings" has no one can with us in our region to "candy" we started the second step plan; Sugar, agghh! We rushed to the door said; Trick or give sugar! Soon, a middle-aged man, said to us with a smile; Candy to cough up! He said, then threw the candy back to, we immediately messy, gurgling sound into a.

Finally, we the "ghost" crumble, because candy things noisy over, finally also play up, dozen dozen, there will be some "calm" to persuade them not to play, also good, also can be carried out as normal and Halloween, we "loot" several again, is a happy, contented home several achievements!

Halloween on October 31 in the West by people in a variety of ways to celebrate Halloween. At Halloween, children wear special clothing, Grab your mask. Many children play called "Not Welcome Here Shihuai on" the game. They knock on the door neighbor, shouted loudly: "Not Welcome Here Shihuai it." Neighbors are usually treated them with candy. If children are not candies, they might engage in neighbor prank. Some people also use a large orange pumpkin lights do, carve pumpkins on the eyes, nose and the shape of the canine to go into the light, the light from the eyes, nose and canine Department disclosed to.

A warty witch can fly on her fast and speeding broom in the sky.She can be wearing black pants and a black robe.If you see one ,she mignt be carrying a black cat to give bad luck.

A spooky,scary,and white ghost can go through walls and could control people.You might see one in the grave yard.Be careful because it will frighten you.You might become one of them!

Halloween means Hallows' Evening. It is the evening before All Hallows' Day (now called All Saints'Day) , a Christian holiday, celebrated on the November 1st.

History traces Halloween back to the ancient religion of the Celtics. The Celts were the ancestors of the present-day Irish, Welshand Scottish people. In the 5th century BC, in Celtic Ireland, summer officially ended on October 31st. On the November 1st, Celtic peoples celebrated the festival of Samhain,which marked the beginning of winter and the Celtic New Year. Celts thought the division between the natural world and the supernatural world became very thin and all time and space was abruptly suspended on October31st, and then the spirits of the died would come back and move freely looking for living bodies to possess.